LAWRENCEVILLE, Ga. -- Even back in the days when it was a private facility, Collins Hill Golf Club has never been big on frills. It has always strived to be a friendly place where golfers of all skill and economic levels were welcomed. That's still true today.

Collins Hill G.C. has always strived to be a friendly place where golfers of all skill and economic levels were welcome.
«

(based on 4 reviews)
See all reviews | Submit your rating

Collins Hills Golf Club is a little known course to outsiders, but it is a local favorite. The traditional parkland layout tumbles across a rolling terrain. The golf course features small, undulating greens and narrows fairways bordered by towering trees.

What visitors find at Collins Hill is a fun golf course that offers a challenge, despite its lack of length. The par-71 course plays only 6,217 yards from the tips but requires players to keep the ball within the confines of the somewhat-narrow, tree-lined fairways and negotiate some small greens.

The par 3s offer much variety. No. 4 plays only 110 yards to a green that sits on the top of a hill; anything short is going to roll back to the bottom. No. 16 is the most challenging, playing 210 yards to a long, narrow green that's guarded by a creek.

The 16th begins a series of three surprisingly tough closing holes. At 571 yards, no. 17 is the longest hole on the course and is a three-shot par 5 for almost everyone. The 18th -- a 375-yard par 4 -- offers an opportunity to hit one out of bounds on either side and has a testy sloping green.

One of the most entertaining holes at Collins Hill is no. 3, a driveable, 321-yard, dogleg-right par 4 that curls back toward the tee and tempts big hitters to take a shot over the pine trees.

No. 7 is a 332-yard, risk-reward par 4 that could be driven over a pond, if the attacker isn't afraid of mixing it up with a few trees. Otherwise, it's an easy dogleg left.

The bermuda greens are typically in good condition, despite heavy play during the summer. The green complexes were renovated in 2006, and the superintendent, Chris Hankey, and his crew do an excellent job keeping the greens and fairways maintained and in good shape.

"I've been coming here for three years," said Tim Oliver, a resident of Lawrenceville. "The superintendent really knows what he's doing. The fairways are the best, and the greens are the best around, and I've played some more expensive courses. They really seem to have their act together here."

The course opened in the 1970s in the northeast Atlanta suburbs well before the population boom engulfed that part of the city. It was designed and built by Perrin Walker, a track star from Georgia Tech who made the 1938 Olympic team but hurt his knee and was unable to compete.

Then known as Springbrook Golf Club, the course was purchased by Jack Simpson, father of PGA Tour player Tim Simpson, and became a semi-private club until the local Gwinnett County government purchased it in 1988 and opened the doors to the public. The club was renamed Collins Hill Golf Club in 2000.

It has since renovated the clubhouse, now a popular site for weddings and receptions, and improved its practice area. The club has several active leagues for men, women and juniors. 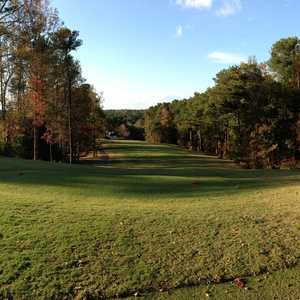 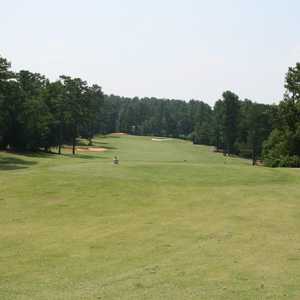 Trophy Club of Apalachee, The
Dacula, GA
Details Book from $15 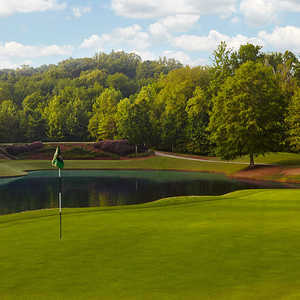