GREENSBORO, Ga. -- It doesn't take long to get a feel for the Oconee course at Reynolds Plantation. Even from a mid-iron approach on the first hole, a 559-yard par 5 from the "One" tees, you can already hear the waterfall next to the green.

The last two holes set up a dramatic finish at the Oconee golf course at Reynolds Plantation.
«

It's at that point when you can take it one of two ways: It can either serve as a calming influence for the rest of the round, or if your swing is a little shaky, an omen of penalty strokes and lost balls to come. For it won't be the last time you see brooks, streams and cascading water, as well as large pieces of Lake Oconee, for which the golf course is named.

It's a natural setting of which architect Rees Jones took full advantage. "We have uncovered a dramatic golf course without changing a lot of what we found when we got here," said Jones of the course, which was completed in 2002.

There are seven golf courses at Reynolds Plantation (including a Pete Dye design currently under construction), making this 10,000-acre, family-owned preserve one of the premiere golf destinations in the country.

All of these courses are good, designed by some of the very best in the business such as Jack Nicklaus, Bob Cupp and Tom Fazio, but the Oconee course is a favorite among visitors, residents and members alike, and it's easy to see why.

First of all, the scenery is first-rate, from the beginning to the end –- not a ho-hum hole on the golf course. The fifth, for example, is a downhill par 3 over water with a couple of large Willow trees set off the green. But even holes that aren't on the water have a nice shape to them, often played from elevated tees with uphill approaches. The perfect bentgrass greens are accented by dramatic bunkers. And when you get to the back nine, the vistas really ramp up.

The par-4 12th, for example, has a cascading creek that runs the length of the hole and in front of the green. The 13th, which is 231 yards from the Ones, plays downhill to a green fronted by some of the largest bunkers in the country. The 15th, a 175-yard par 3, plays over water to a peninsula green. The miss is definitely to the right.

And the 17th and 18th holes, a par 5 and par 4 respectively, bring large pieces of shoreline into play. The approach on 18 is mostly carry over water.

From the Ones, which is the longest of five sets of tees, the Oconee course, which has hosted the PGA Cup matches as well as other professional events, is more than 7,000 yards with a rating/slope of 73.4/136. Much of that difficulty can probably be found on the back, which is more than 200 yards longer than the front nine.

The Twos, especially in the winter and early spring, are the best selection for single digit players, because tee balls get little, if any, roll. Even then, the back nine will still play long with the 18th at 443 yards, for example, probably requiring a long iron or hybrid into the green, even for strong players.

The golf course also has a number of short par 4s. The aforementioned 12th is only 363 yards from the Ones, but the meandering stream and uphill nature of the hole calls for precision shot-making.

Practice facilities at Oconee are outstanding, just like they are at all the courses at Reynolds Plantation. Large grass ranges with pyramid stacks of balls combined with putting greens, practice bunkers and large chipping and pitching greens might make you want to stay after your round as well to get some extra work done.

In addition, visitors to Reynolds Plantation can also take advantage of the Reynolds Golf Academy, headed up by top-100 instructor Charlie King. The 16-acre Academy is located next to The Oconee and the AAA Five Diamond Ritz-Carlton Lodge, Reynolds Plantation.

From the very beginning at the Oconee, you know you're in for a visual feast, if not an enjoyable test of golf.

There's plenty of room off the tee, so you can hit your driver all day long, even on the short par 4s. And the par 3s are particularly stunning with no two alike.

I played the golf course in early spring, so it was still a little damp from the wet, cold Georgia winter. Fortunately, it was the Oconee's turn at overseeding (it's rotated to different courses each year), so there was a nice stand of green grass to hit from on the fairways. But even the dormant grass provided a good playing surface as long as you weren't in a collection area of water.

Overall, The Oconee is a very memorable golf experience and provides a nice contrast to the rest of the golf courses at Reynolds Plantation. 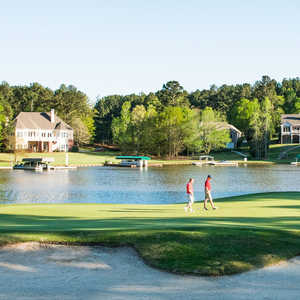 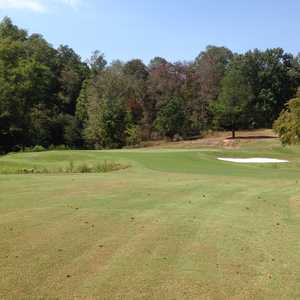 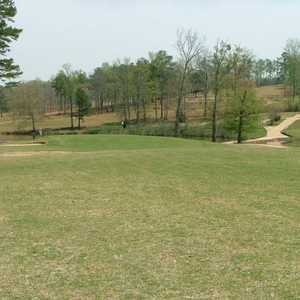