The winery at Chateau Elan Winery and Resort is the largest in Georgia and a good reason to visit the resort.
«

In fact, if you're thinking of going just for the golf, I wouldn't discourage you from taking the trip, but you would definitely be missing out on a few things.

For one, it's the largest winery in Georgia, and if you didn't know better when you drove up, you might think you were on another continent as you spy the 16th-century, French-style chateau that opened in 1988. The resort also includes a 33,000-square-foot, European-style spa that opened in 1992 as well as the Stan Smith Tennis Center, an equestrian center and a 276-room Inn.

Combine that with restaurants, an Irish pub and a wine market, and you get the picture – there's plenty to do in addition to the four golf courses at Chateau Elan Winery and Resort.

The winery came about in 1981 after an impromptu visit to a roadside fruit stand just north of Atlanta by entrepreneurs and wine lovers Dr. Donald and Nancy Panoz, who owned a large pharmaceutical company that pioneered the development of the nicotine patch.

One day, on the way to a reception hosted by a friend, they stopped to pick up a fruit basket that included Muscadines, a grape indigenous to Georgia. When they presented the basket, they asked their host if the Vinifera grape, which produces premium wines such as Chardonnays, Cabernets and Merlots, could be grown in the north Georgia foothills. The friend answered that this was cotton country, and the red clay and humid conditions were unsuitable for Vinifera grapes.

Undeterred, however, Don and Nancy brought in a couple of viticulturists from California, who determined that the soil and humidity were not unlike some regions in California and France.

So after designing a method of planting techniques that promoted plenty of air circulation and growth, the Panoz family acquired 3,500 acres and planted the grape on approximately 200 acres. In 1985, they released their first wine, and the winery opened to the public later that year.

As its popularity grew, the family realized that amenities, such as accommodations, restaurants and golf, were needed, and the resort was born.

The first golf course, the Chateau Course, opened in 1989.

Designed by Denis Griffiths, the par-71, 7,030-yard course isn't as forgiving as your typical resort course. With tall stands of pines and hardwoods lining the fairways, thick Bermuda rough and plenty of lakes and ponds, you have to be on your game.

Chateau Elan's Woodlands Course, also designed by Griffiths, opened in 1996. At 6,735 yards, the course has plenty of elevation change and great views.

But the golf course Chateau Elan may be best known for is the Legends Course, which was designed by legends Gene Sarazen, Sam Snead and Kathy Whitworth for the members of Chateau Elan with limited access to resort guests.

Each of the World Golf Hall of Famers selected six of their favorite holes from around the world and crafted them on the Legends landscape. The par-72, 7,100-yard course would serve as the site for the Sarazan World Open Championship from 1994-1998. Winners of the event included Ernie Els and Mark Calcavecchia.

There is also the 1,100-yard, nine-hole walking Par-3 course as well as a three-hole short-game course perfect for pitching, chipping and putting.

It's also the Georgia home of the Dave Pelz Scoring School, an intense three-day experience that utilizes the short-game guru's years of scientific research and findings.

In 2010, Chateau Elan Winery and Resort completed a $3 million renovation of all 276 guest rooms at The Inn. The renovations included new bathrooms and color schemes in the rooms.

"The bedding package is exquisite with embroidered white linens on top of a cushy pillow-top mattress," said Interior Designer Sherry Decker, of Design Directions International. "The dark, rich walnut woods play well off the silver patina of the nightstand and desk. All of this comes together in a complete new room design that still says 'French estate,' but it's fresher and more stylish than the original French provincial."

The guest room renovations were part of an overall $10 million improvement project that also included the remodeling of two grand ballrooms, 19 meeting rooms in the conference center, the Versailles Restaurant and L'Auberge lounge.

Speaking of restaurants, Chateau Elan Winery and Resort also offers cooking classes for resort guests as well as corporate groups through its culinary studio, which opened in 2007. It has become one of the most popular amenities offered at the resort.

Located inside the chateau and winery, classes are led by Executive Chef Marc Suennemann and the resort's culinary team.

Set away from The Inn next to a lake, trees and flora, the spa mansion at Chateau Elan Winery and Resort also has guest rooms specifically designed for couples. Guest suites include double-headed showers, Jacuzzi tubs and canopy beds, and the spa has its own sunlit dining room where healthy, nutritious meals are served.

In all, there are 14 individually designed and themed private suites at the spa. For example, the Gatsby Room is straight out of F. Scott Fitzgerald's classic novel, complete with white flowers and artwork.

The spa offers a wide menu of services, including couples Swedish massage, as well as his and her pedicures, for example. There's also the golfer's hydrotherapy massage: a bath filled with underwater air and water jets that run in a pattern up and down the body while soaking in muscle-soothing mineral salts as a massage therapist uses a water wand to knead sore spots.

It's a certainty that if you stay at Chateau Elan Winery and Resort, you will remember the experience, even if you don't take advantage of all the activities. The food and golf are excellent, and the interior of The Inn provides a great ambiance for meetings and dining.

The resort's six restaurants include the Versailles, which is an open-air setup under a 45-foot glass atrium. It conjures up images of the former Quai d'Orsay railway station and the Belle Epoque dining room at the hotel that fronted the actual station, which was a Parisian landmark from 1900-1939. The restaurant offers excellent lunch and breakfast buffets as well as a full menu.

There is also Le Clos, an intimate fine-dining restaurant located in the winery, and Café Elan, which offers Mediterranean fare and is located inside the Chateau across from the Wine Market.

Also worth mentioning is Paddy's Pub, an authentic Irish bar that was imported piece by piece and reassembled in 1997. The pub serves up a pretty tasty corned beef sandwich, perfect with Guinness, which is poured from the tap.

All in all, Chateau Elan Winery and Resort provides a unique, relaxing experience above and separate from playing golf. 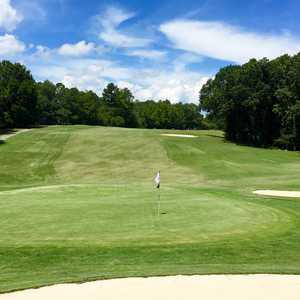 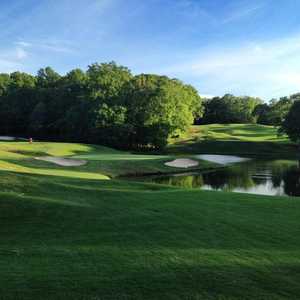 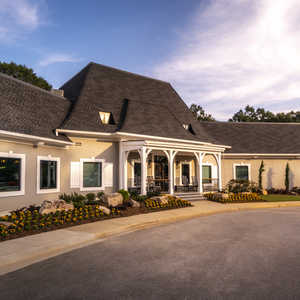