With new management, Eagle's Brooke Country Club is back among the top Atlanta-area tests

After seeing course conditions decline over the previous two years at Eagle's Brooke Country Club, local golfers began finding other alternatives south of Atlanta. But since taking over the club in January 2013, the Schwendinger Group has reversed the trend, putting the course through a rapid cosmetic makeover.

The Schwendinger Group took over Eagle's Brooke in January 2013 and has been giving it a rapid makeover.
«

(based on 6 reviews)
See all reviews | Submit your rating

"I've played the course three times since new management took over. They are doing a remarkable job with the place. Every week it looks better than the last," wrote Stoop of Atlanta in January. "The staff is super friendly and the layout is unmatched on the southside."

Located in Locust Grove, 30 miles south of Atlanta and just three miles off I-75, Eagle's Brooke has a player rating of 4.3 on GolfNow.com, ranking with the top courses south of Atlanta, including the Coweta Club (4.3), Crystal Lake Golf & Country Club (4.2) and Orchard Hills Golf Club (4.2).

Designed by Pete Dye disciple Scott Pool and opened in 2006, Eagle's Brooke was the centerpiece of a private, planned community. When home sales slowed, the course suffered until the Schwendinger Group took over. The firm also owns the highly acclaimed Providence Club, 50 miles to the northeast in Monroe, and operates the nearby Cotton Fields Golf Club.

At Eagle's Brooke, foliage had grown to six feet high around Indian Creek, which runs through the course. But the new operators trimmed it back, restoring the course's key aesthetic feature.

"We stopped playing Eagle's Brooke last year due to reports that the course was not in good shape. But, we were pleasantly surprised this time," wrote tlmickle of Stone Mountain in January. "Despite the fact that the clubhouse is operating out of a temporary trailer, the course was in fact in great shape, including the greens. The price was a great deal and we will definitely make plans to play here again soon."

As of May, the Schwendinger Group was trying to acquire the clubhouse, which remains part of the surrounding housing development and in bankpuptcy. If that doesn't materialize, plans for a new clubhouse have been drawn up. Don't count on Eagle's Brooke operating out of an office trailer for long. As the new owners demonstrated with their turnaround of the course, they can get things done quickly.

At least one new member is convinced that Eagle's Brooke is set to realize its enormous potential.

"Eagle's Brooke has to be one of the most impressive courses I've seen from a design/layout perspective. You can tell the place was designed to be a first-rate club," Stoop wrote. "My playing partner and I were so impressed, we dropped our Canongate memberships and joined ... I think once the word gets out on this place, popularity and play will skyrocket."

Kevin Dunleavy is a longtime resident of northern Virginia, a graduate of George Mason University, an award-winning reporter covering golf, colleges, and other sports for the Washington Examiner, and a single-digit handicap still seeking his elusive first hole-in-one. Follow Kevin on Twitter at @KDunleavy. 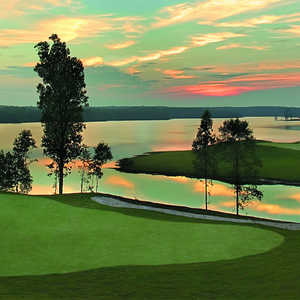 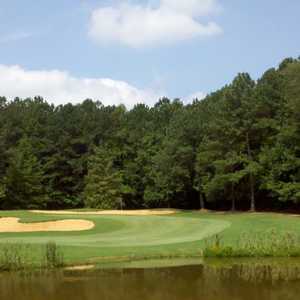 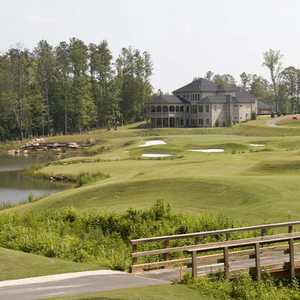