ATHENS, Ga. - The Georgia Club is one of those golf courses that's relatively easy without being boring.

The Georgia Club may be fairly player friendly but you still have to make the shots and take some chances to score well.
«

It has good length - two par 5s over 600 yards! - excellent movement on the fairways and an eclectic mix of risk/reward holes that can make or break you. One strength is its excellent conditioning throughout.

The course was designed by Denis Griffiths, who also did Brasstown Valley in Young Harris, and it's interesting to hear Griffiths' philosophy on why he designs many holes that have golfers rubbing their chins and furrowing their brows on the tee box.

"I like that little bit of mystery," Griffiths says in statement on the Georgia Club Web site. "The philosophy of American golfers is that they want to see what they are doing from the tee - they need a road map. European golfers have a lot more blind shots forcing them to make a decision - and they don't always go for the obvious route."

Griffiths was talking about No. 4 on the Georgia Club's Red nine, the newest addition to the 27-hole facility that opened in April of 2006, but he could have been talking about several holes that force you to ponder options off the tee. The par-5 fifth and par-4 third and fourth holes on the Georgia Club's Black nine, as well as the par-5 first and sixth holes on Red force you to come to terms with your driver. Do I try and cut this dogleg or not?

Either way, it's an excellent golf course that is very playable while still requiring focus. You can also let your driver say boom.

"It's generous off the tee and strategically bunkered," said Head Professional Mike O'Malley. "It has a nice blend of holes that kind of meander through the woods. I'd say it's pretty player-friendly, and that's why a lot of people come back; they know they won't get beaten up. But if somebody wants to step back to the back tees, it can be a handful."

The Georgia Club: The verdict

The Georgia Club is a 27-hole facility about 10 minutes from downtown Athens, with a clubhouse and adjacent buildings that look almost magisterial. It is an impressive facility with very few homes to intrude on the views, though that will inevitably change in the future.

It has very good greens, though it's not as dramatically sloped or undulating as some other local courses. Nor are the elevation changes as radical as some other courses in the Athens area, though the fairway movement is striking, with dips, valleys and rolling terrain.

And though it is indeed fairly player-friendly, you still have to make the shots and take some chances to score well. There is little to no rough

It's a beautiful lay out, with nice, subtle landscaping that doesn't overwhelm the many oak, hickory and pine trees; despite the trees that sit mainly around the perimeter, The Georgia Club has a fairly open feel in the interior.

Green fees range from $65-$79, and that seems to keep them coming back. For that price, this is an excellent option in the Athens area.

Course officials also recently opened a new practice area near the driving range with a bunker and a chipping green, and a new bunker practice area and a second putting green.

The Foundry Park Inn and Spa (295 E. Dougherty St., tel. 706-549-7020) may be a fancy boutique hotel, but they don't neglect the basics here - a cooler in your room to take to nearby Sanford Stadium for the Georgia Bulldog football games. They also have tailgate to-go menus.

Foundry Park is the first and only boutique property in Athens, on the edge of the active Athens downtown. It was designed as a replica of row houses built in the city back in the 1920s - no heavy-footed clods stomping around over your head.

There are 119 rooms and suites, and the décor is understated elegance. There is a conference room, a fitness center, an excellent spa and a fitness center. The inn also has the Hoyt House Restaurant

But, the best part is the inn's proximity to the energetic music scene Athens is known for. In fact, all you have to do is walk a few steps from your door; the Melting Point on the grounds hosts a variety of musical acts. It's a great place to see live music, with its intimate setting and good acoustics. 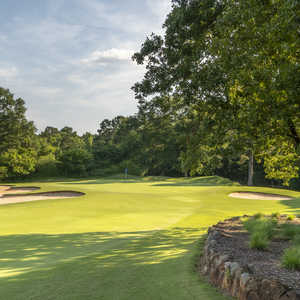 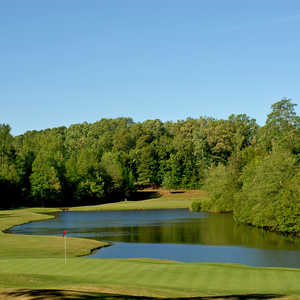