For a quick golf fix, try these six near the Atlanta airport

ATLANTA -- So you've found yourself in Atlanta with a few hours to spare. Maybe your business meeting ended early or your flight got delayed for a day. Perhaps you're fleeing from a family reunion. You feel the need for teed. But where can you go to play a quick nine?

The nine-hole College Park Municipal Golf Course is only a couple miles from the airport.
«

Most of the best public-access golf courses in Atlanta are in the suburbs or OTP -- Outside the Perimeter highway in Atlanta.

But there are courses in the city that are available to help you scratch that golfing itch. Plus, they're near the airport, which makes them a possibility if you have an extra-long layover. You won't mistake any of these places for Augusta National, but they're fun and playable.

Here are six courses within a short cab ride of Hartsfield-Jackson Atlanta International Airport that won't bust your budget but will satisfy your golf urges until you get home.

Wolf Creek Golf Course is an 18-hole Mike Young design that is only 10 minutes from the airport. You'll find an interesting course that's consistently in good condition. You can even rent a set of clubs if you need them. You'll see plenty of water and wetlands, as well as some blind tee shots, but not sure if you'll actually see a wolf. If you do, don't feed them, the pro shop advises. They're joking. Maybe.

You won't be playing East Lake; that's across the street. But many of the East Lake benefactors hired Rees Jones to build this executive course and use it as ground zero for the First Tee of East Lake. Conditions are normally good at Charlie Yates Golf Course, although construction of a new school took away nine of the best holes. There's even a range if you want to just hit a bucket of balls. And the Atlanta skyline is in the background, which makes it an enjoyable way to spend a few hours.

This little nine-hole gem doesn't get a lot of attention, so it's easy to walk up and tee off. Walking is the operative word at the John A. White Golf Course. This is a walking course; there are no carts. But it's not a bad course to walk, so you should be okay. There's a concrete viaduct that cuts through the course and can come into play on a couple of holes. If you hit one in there, take a drop and keep moving. Trust me, you don't want to be fishing a ball out of there.

The nine-hole College Park Municipal Golf Course (still known by some local residents as Gordon Morris Memorial) is only a couple miles from the airport, which makes it very convenient. It's a fun place to play, only 2,987 from the back tees. Don't expect lush fairways or tees, but they're certainly not bad. A few years ago they resurfaced the cart paths, added a driving range to help the burgeoning junior program, and installed an irrigation system. To get an idea of how long this place has been around, be sure to check out the plaque on the flagpole by the putting green. It's dedicated to the memory of those who fought in "The Great War." They're talking about WWI.

This is a fine little George Cobb course that gets overlooked. It's not overly long (6,539 yards) but doesn't really have a bad hole on it. The narrow fourth hole is a 435-yard par 4 that features a 35-degree incline from tee to green that will be a test for golfers of all level. You'll enjoy the Champions Bermuda greens at Browns Mill Golf Course.

The Alfred Tup Holmes Golf Course has always been a fun golf course. Garrett Gill and George B. Williams designed the course, which was originally known as Adams Park but later changed to honor Alfred "Tup" Holmes, an African-American golf professional who led the fight to desegregate Atlanta's city-owned golf courses. It's not very long (6,159) so you can probably leave the driver in the bag for most of the day. There are hills, but it remains a walkable venue. You'll leave with memories of the long par-3 ninth hole that requires a carry over a creek to an elevated green.

There are tons of other options if you have more time, a rental car or an expense account. But these six will keep you from endangering your departure time and using all your spare time en route to the course. 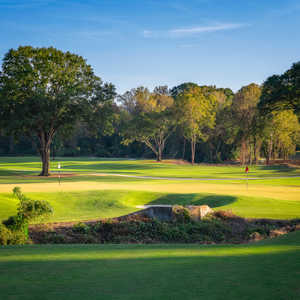 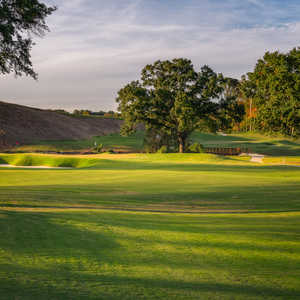 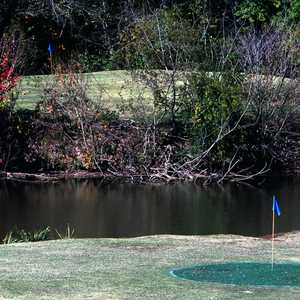