BRUNSWICK, Ga. (March 16, 2007) — Oak Grove Island Golf Club is on the island of the same name, a few miles west of I-95 that cuts through the southeast Georgia city of Brunswick. This golf course isn't quite close enough to the ocean to be really included in the "Golden Isles" marketing slogan, and indeed, it's difficult to tell you're even on an island.

Oak Grove Island plays through a neighborhood on the island of the same name.
«

But it isn't difficult to tell you're in a neighborhood: the course plays around and through neighborhood homes and crosses neighborhood streets numerous times; you'll get to know the neighbors well here.

It isn't a very walkable course, with several long cart rides. But, it is a decent course with reasonable green fees of $25 and $49 for non-members, though that is going up a bit in January.

The course has been through some changes since its opening in 1993, though it appears to be on firm ground now. The initial owner had financial difficulties and the course was forced to shut down for a year.

A group from Florida bought the course, then current owner Edd Mooney bought it two years ago. Mooney had been shopping around for a golf course in Florida until someone told him about Oak Grove Island and he bit.

"Since then, he's really keyed on upgrading," Director of Golf Terry Moore said. "Like he says, 'retail is detail.'"

To that end, plans call for more sand traps to be added, particularly on No. 6, and there is ongoing work on the cart paths. Some have been damaged by the heavy machinery that is putting up homes on the island.

"There's still a lot of building to be done," Moore said. "Only about 60 percent of the island has been developed."

Mike Young is the architect. He built in some gentle mounding that gives the course some movement in its relatively flat setting. There is also a lot of water, on every hole in fact, though not all of it comes into play.

"It's a very playable course, but you get on the back tees and it will give you everything you want," Moore said.

That would be 6,910 yards from back there, though the five sets of tees let everyone in on the fun. It's a parkland course with tree-lined fairways situated between the Buffalo and Turtle Rivers. The grass bunkers are a nice touch.

The semi-private course is nicely-wooded with oak, palms and the marsh habitat is home to deer and alligators.

For the price, and including the various discounts, Oak Grove Island is a good, pleasant play — except for all the homes — and a good counterpoint to some of the more expensive courses to the east on the coast.

There are some nice holes, like the par-3 13th, the 405-yard second hole — with its sweeping dogleg with a creek running down the left — and the 532-yard par-5 eighth, where the tee box is on the ride side of the hole, requiring a fade over the water and back around to the fairway, to avoid the bunker left.

No. 9 is also a good hole. It's a par 4 where the marsh intrudes onto the fairway twice, requiring an approach over water.

The Jekyll Island is where the country's richest swells used to gather each winter. It's said that when the likes of William Vanderbilt, J.P Morgan, William Rockefeller, Joseph Pulitzer wintered here, a sixth of the world's wealth were in one place.

At the center of all this was — and still is — the Jekyll Island Club Hotel. It was built in 1886 as a private club for the very rich. The original millionaires of the Club were required to dine in the Grand Dining room where they were served 10-course meals prepared by famous chefs.

It has been modernized over the years, but you still get the feeling you're in a very old place, where the very rich used to hunt. Wide porches, big verandas, columns in the dining room, bay windows, oak wainscoting and leaded art glass complete the vibe.

The rooms are finished in a blend of sea and marsh colors, many of them with Jacuzzis, fireplaces, balconies and sun porches. And always, the marsh is in view.

The hotel is a National Historic landmark and designated recently as a Historic Hotel of America. 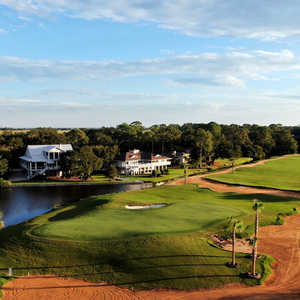 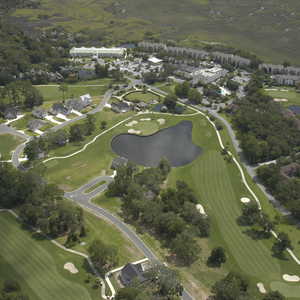